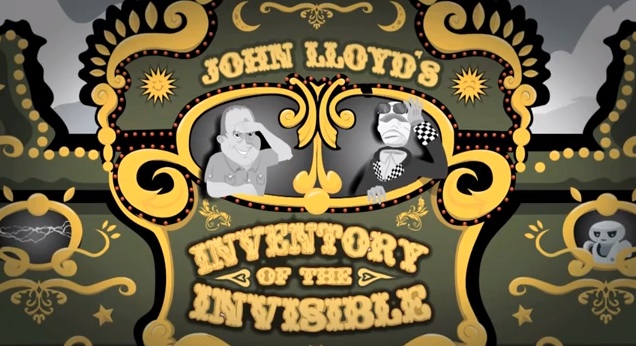 The part of existence that we cannot see is constantly at work and our understanding of these concepts at the moment is limited. John Lloyd presents all that is invisible in a lighthearted approach that is mentally stimulating.

So the question is, what is invisible? There is more of it than you think, actually. Everything, I would say, everything that matters except every thing, and except matter.

We can see matter. But we can’t see what’s the matter.

We can see the stars and the planets. But we can’t see what holds them apart, or what draws them together. With matter, as with people, we see only the skin of things. We can’t see into the engine room. We can’t see what makes people tick, at least not without difficulty. And the closer we look at anything, the more it disappears. In fact, if you look really closely at stuff, if you look at the basic substructure of matter, there isn’t anything there. Electrons disappear in a kind of fuzz, and there is only energy. And you can’t see energy.

For what it’s worth, Sir Issac Newton, the greatest scientist who ever lived, he thought Jesus came to earth specifically to operate the levers of gravity. That’s what he thought he was there for. So, bright guy, could be wrong on that one, I don’t know.

In the Sufi faith, this great Middle-Eastern religion, which some claim is the route of all religions, Sufi masters are all telepaths, so they say. But their main exercise of telepathy is to send out powerful signals to the rest of us that it doesn’t exist. So that’s why we don’t think it exists, the Sufi masters working on us.

The laws of physics: invisible, eternal, omnipresent, all powerful. Remind you of anyone? Interesting. I’m, as you can guess, not a materialist, I’m an immaterialist. And I’ve found a very useful new word, ignostic. Okay? I’m an ignostic. I refuse to be drawn on the question of whether God exists, until somebody properly defines the terms.

Another thing we can’t see is the human genome. And this is increasingly peculiar. Because about 20 years ago, when they started delving into the genome, they thought it would probably contain around 100 thousand genes. Every year since, it’s been revised downwards. We now think there are likely to be only just over 20 thousand genes in the human genome.

This is extraordinary. Because rice, get this, rice is known to have 38 thousand genes. Potatoes, potatoes have 48 chromosomes. Two more than people. And the same a gorilla. You can’t see these things. But they are very strange.

The stars by day. I always think that’s fascinating. The universe disappears. The more light there is, the less you can see.

Time, nobody can see time. I don’t know if you know this. Modern physics, there is a big movement in modern physics to decide that time doesn’t really exist. Because it’s too inconvenient for the figures. It’s much easier if it’s not really there. You can’t see the future, obviously. And you can’t see the past, except in your memory.

One of the interesting things about the past is what you particularly can’t see, my son asked me this the other day, he said, “Dad can you remember what I was like when I was two?” And I said “Yes.” And he said, “Why can’t I?”

Isn’t that extraordinary? You can not remember what happened to you earlier than the age of two or three. Which is great news for psychoanalysts. Because otherwise they’d be out of a job. Because that’s where all the stuff happens that makes you who you are.

Another thing you can’t see is the grid, on which we hang. This is fascinating. You probably know, some of you, that cells are continually renewed. Skin flakes off, hairs grow, nails, that kind of stuff. But every cell in your body is replaced at some point. Taste-buds, every 10 days or so. Livers and internal organs sort of take a bit longer. A spine takes several years. But at the end of seven years, not one cell in your body remains from what was there seven years ago. The question is, who, then, are we? What are we? What is this thing that we hang on, that is actually us?

Okay. Atoms, you can’t see them. Nobody every will. They’re smaller than the wavelength of light. Gas, you can’t see that. Interesting. Somebody mentioned 1600 recently. Gas was invented in 1600 by a Dutch chemist called Van Helmont. It’s said to be the most successful ever invention of a word by a known individual. Quite good. He also invented a word called blass, meaning astral radiation. Didn’t catch on, unfortunately. But well done, him.

Light. You can’t see light. When it’s dark, in a vacuum, if a person shines a beam of light straight across your eyes, you won’t see it. Slightly technical, some physicists will disagree with this. But it’s odd that you can’t see the beam of light, you can only see what it hits.

Electricity, you can’t see that. Don’t let anyone tell you they understand electricity. They don’t. Nobody knows what it is. You probably think the electrons in an electric wire move instantaneously down a wire at the speed of light when you turn the light on. They don’t. Electrons bumble down the wire, about the speed of spreading honey, they say.

Galaxies, 100 billion of them, estimated in the universe. 100 billion. How many can we see? Five. Five, out of the 100 billion galaxies, with the naked eye. And one of them is quite difficult to see unless you’ve got very good eyesight.

The biggest thing that’s invisible to us is what we don’t know. It is incredible how little we know. Thomas Edison once said, “We don’t know one percent of one millionth about anything.”

And I’ve come to the conclusion because you’ve asked this other question, “What’s another thing you can’t see?” The point, most of us. What’s the point?

But, the point, I’ve got it down to is there are only two questions really worth asking. “Why are we here?” and “What should we do about it while we are? And to help you, I’ve got two things to leave you with, from two great philosophers, perhaps two of the greatest philosopher thinkers of the 20th Century. One a mathematician and an engineer, and the other a poet.

The first is Ludvig Vitgenötajn who said, “I don’t know why we are here. But I’m pretty sure it’s not in order to enjoy ourselves.” He was a cheerful bastard wasn’t he?

And secondly and lastly, W.H. Auden, one of my favorite poets, who said, “We are here on earth to help others. What the others are here for, I’ve no idea.” 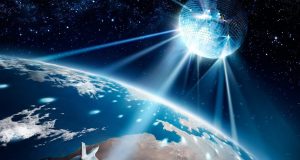 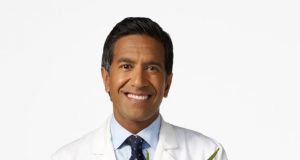 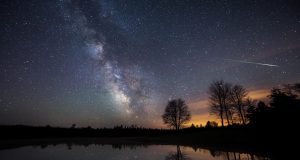 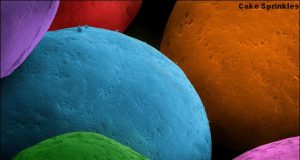 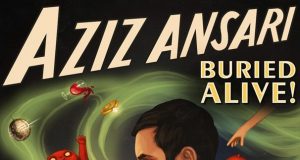